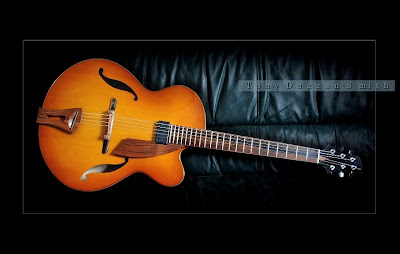 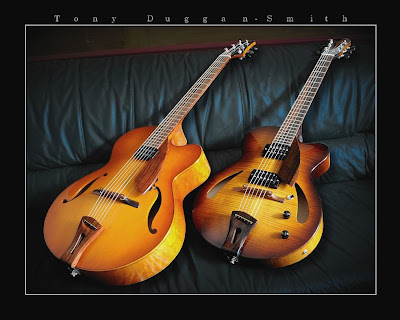 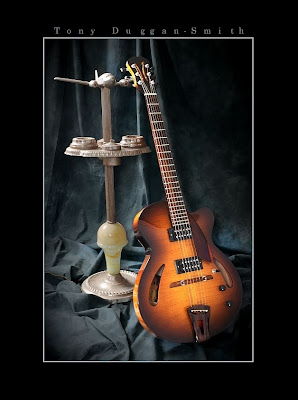 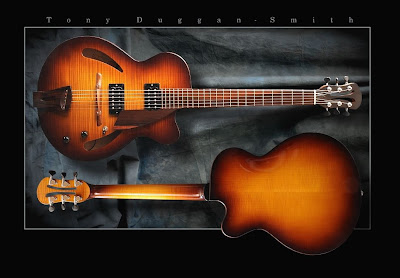 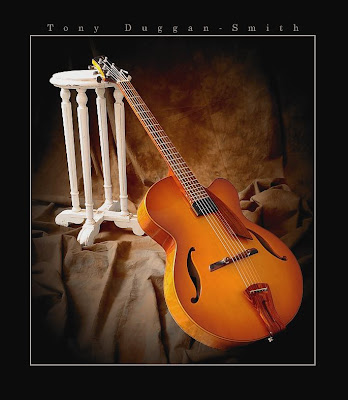 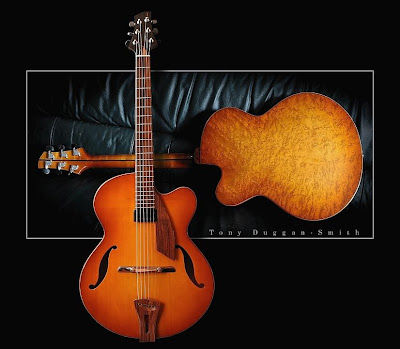 Thanks David for the cool pix and please notice that there are no butts or ashes in the ashtray!
Posted by Tony Tremola at 10:10 AM No comments: 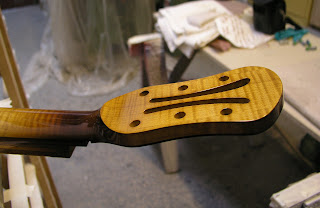 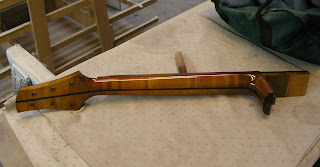 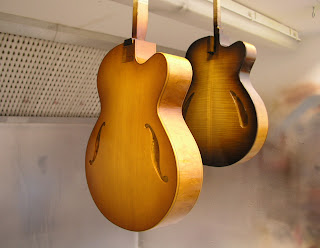 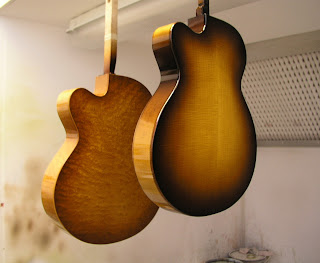 So here are a few shots of the guitars in lacquer....... I can't believe that in three weeks the necks will be glued to these bodies, they will be fretted, pickups installed, tailpieces, bridges and pickguards made and attached and with a little luck and no sleep, sounding like guitars...... or I'll be in a pine box on my way to the hereafter!
Posted by Tony Tremola at 7:05 PM No comments: 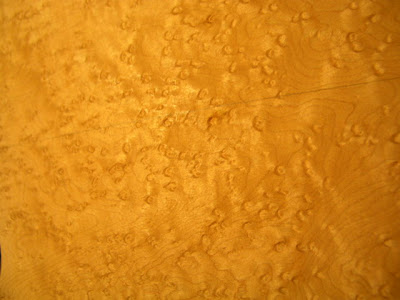 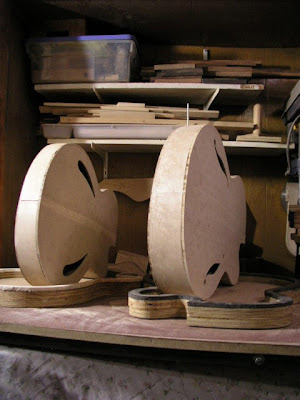 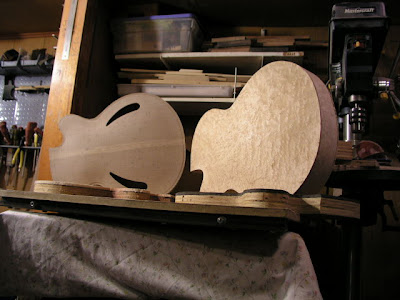 So here are a few of pictures of the two show guitars ready to be routed for binding. The small one gets koa binding and the larger maple binding. Colours are still to be decided but I like birdseye maple when the colour has some strong yellows in it as seen in the close up of one of the backs! Both guitars have a lot of figure in the maple but I don't want either of them to be natural. This is a guitar show they are going to and they want to scream from the table!!! "look at me....look at me!!"

As a complete aside, there are rumours of a new Pukka Orchestra project to be undertaken! With Graeme Williamson living in Scotland and Neil Chapman and I at least both in Ontario, it would be a wonderful creative sidebar in our lives! I'll keep those interested updated.
Posted by Tony Tremola at 9:44 AM No comments: 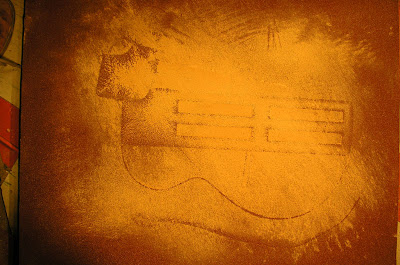 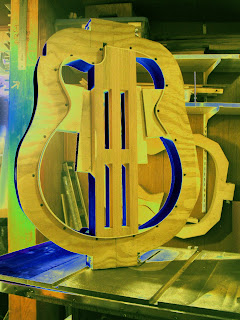 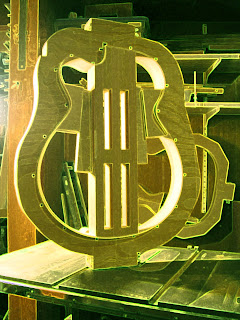 Check this out!
I was one of the producers on this poem/movie performed by Kate Marshall Flaherty.
Posted by Tony Tremola at 8:56 AM No comments:

Update on two guitars in progress 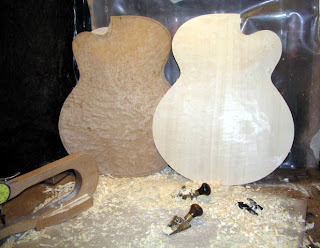 Here is a picture of the spectacular birds-eye laminate back (which has amazing curl as well) and the seasoned German spruce top roughed out. I do all my carving by hand, no CNC or duple-carvers here! These parts are paired up with solid birds-eye sides which are ready to bend and a three piece birds-eye maple neck which has been glued up (wide centre rosewood strip). Other parts like fingerboard/tailpieces/bridges depend on whether I go with ebony or rosewood for the tailpiece, bridge and pickguard. Keeping those options open at this point. 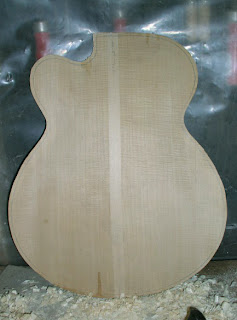 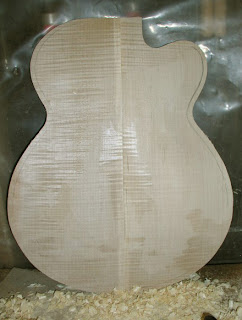 Here are pictures of the curly maple laminate back and the solid curly maple top also roughly carved out. This is the guitar which will have the channelled block (Spanish cedar and mahogany mix for weight) running between the top and back. The core section is made and runs uncut from one end of the guitar to the other. Both ends are glued directly to the top and back at either end and then there are corresponding fitted braces throughout the arches on both top and back. This part is labour intensive!

Both tops in progress 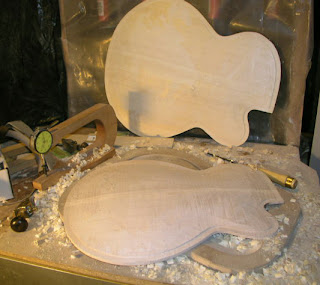 This is a glimpse into the carving process. Once the underside of the block is established then the perimeter is thicknessed to create a consistent edge to work from. Then some bulk is removed so that the top can sit in my carving jig without moving about. Then I get to work on the inside bowl to within about 5% of its finished dimensions. I'm about 40% of the way right now using my two little hand planes. I made a bunch of these planes a few years ago for Linda Manzer and myself and a few extras which are in the hands of a few builders and guitar collectors. I've included a close up of one of these planes. We each have two of them because they heat up as they are being used and you can switch back and forth.
Hand Plane 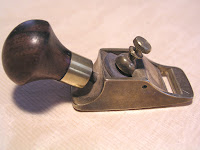